While Heidi was in town, we treated ourselves to The Nutcracker and the Radio City Christmas Spectacular. We loved both shows and even agreed that it would be worth it to spend a little more to get better seats next time. If anyone is thinking of taking a trip to NYC during Christmas, I highly recommend either of these shows. And, if you do like we did and go at an "off" time (6 pm for one, 9:30 pm for another), you can get great deals on tickets.
Photography was strictly forbidden at The Nutcracker, so I only have a few shots from before the show started. It's probably a good thing, because I wouldn't have wanted anything to distract me. It was that good.
The Rockettes put on a fantastic show, yes, but The Nutcracker? You could hear a pin drop during the Dance of the Sugar Plum Fairy. It was incredible. If I had to pick only one show to ever see again, it would be this one. 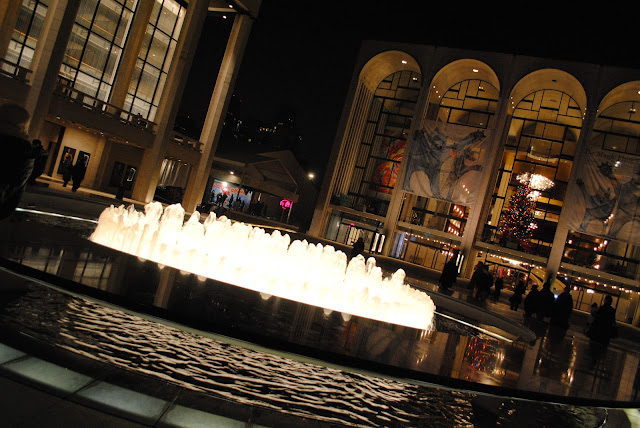 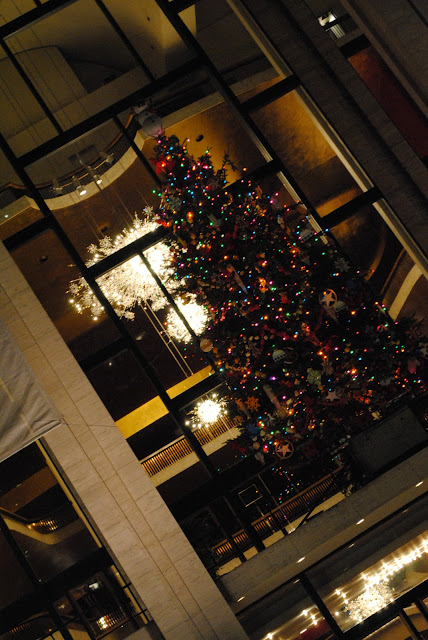 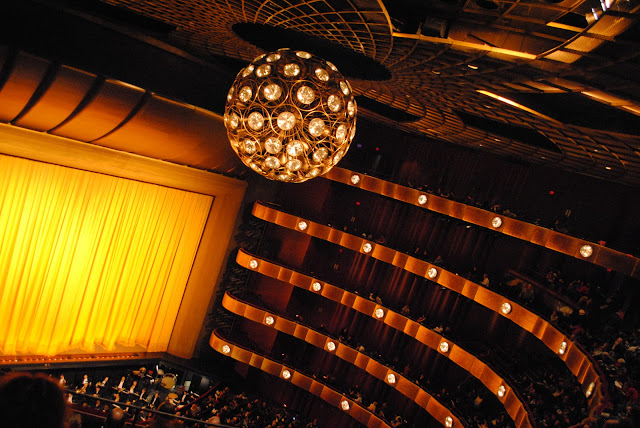 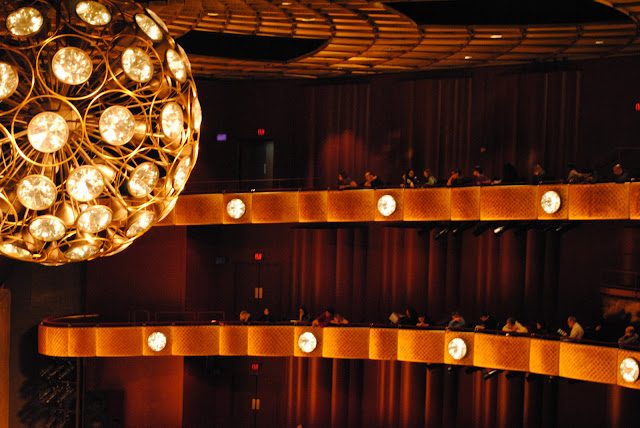 To give you an idea, this is a promotional photo of the Waltz of the Snowflakes: 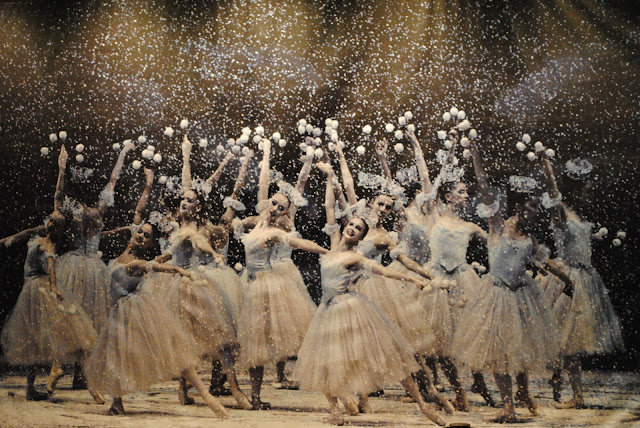 While The Nutcracker was elegant and traditional, the Christmas Spectacular was energetic and flashy. It was also very family-friendly, though I think anyone would enjoy it. Every routine looked perfect and not one of the eighty Rockettes ever seemed out of step. I don't know how they do it. The stage was elaborate: one scene was built to look like Central Park and even had real ice skaters, another featured a live nativity with camels. Real camels. SLR cameras were banned, but I was able to snap a few pictures with my cell phone. 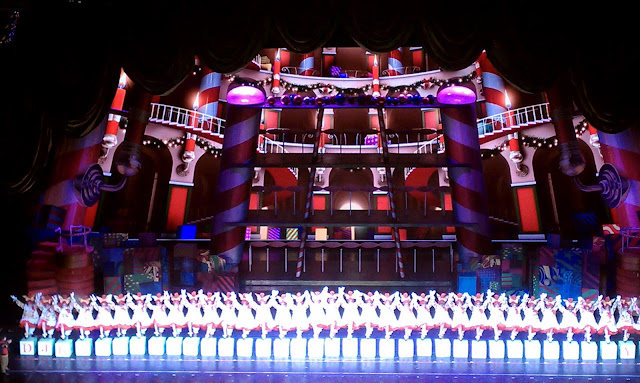 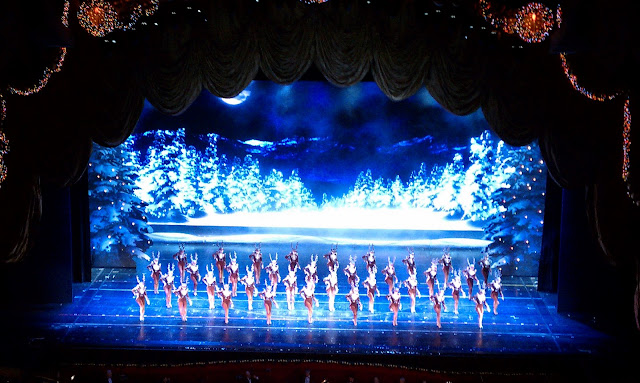 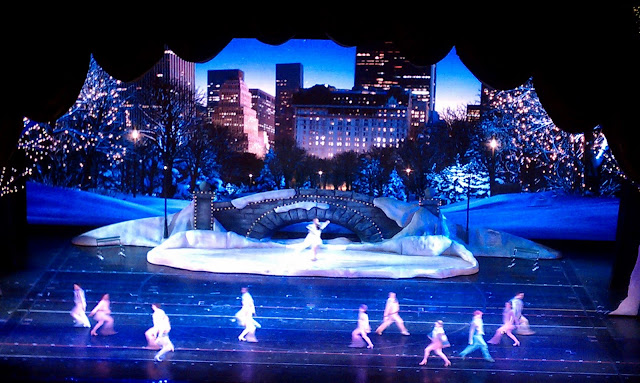 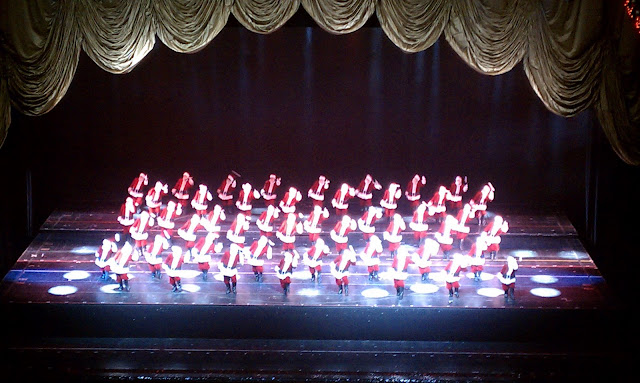 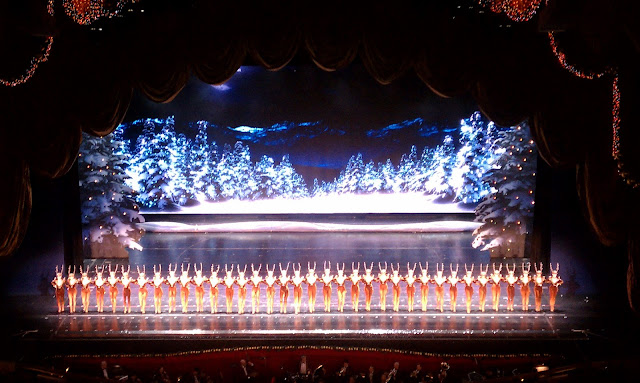 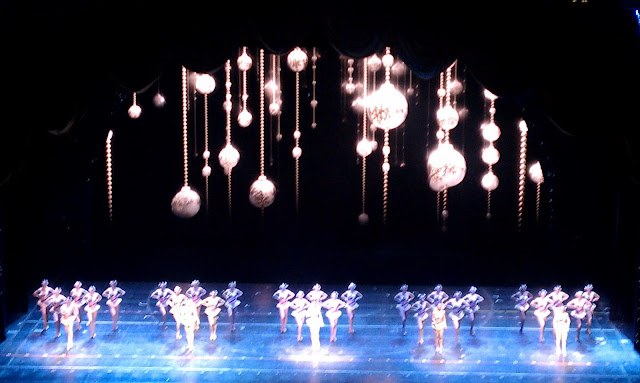 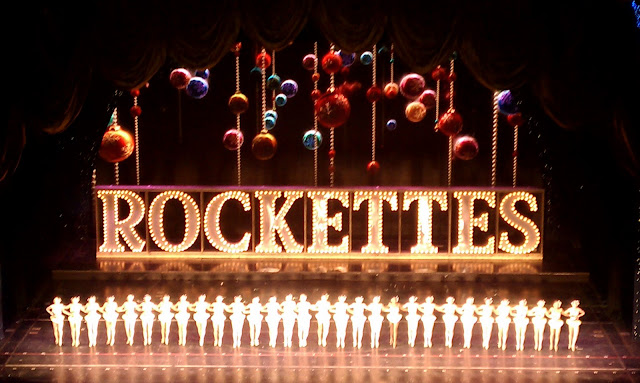 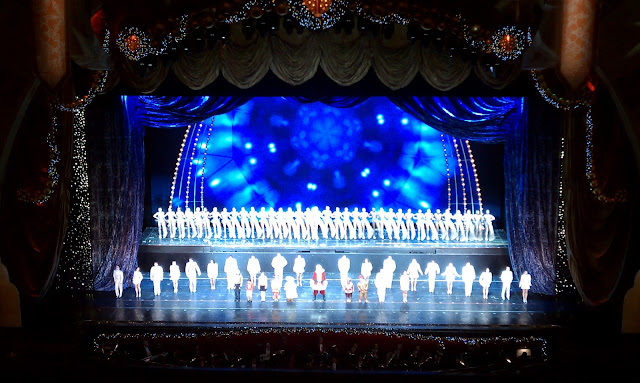 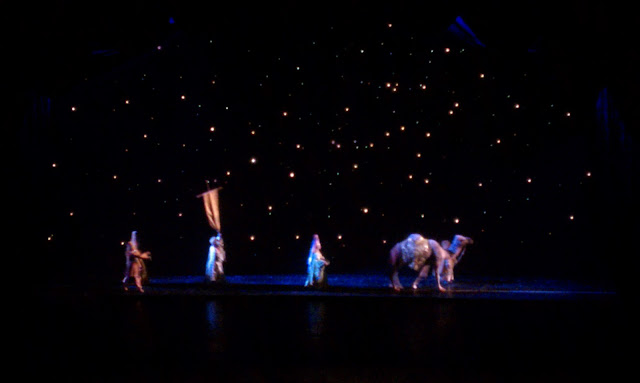 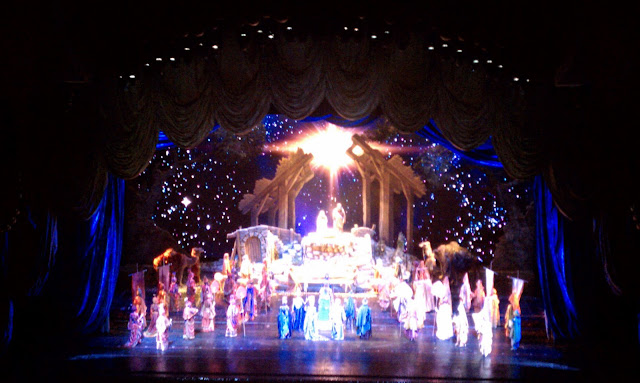 Happy weekend!
P.S. Tonight, I will be home for Christmas!