halloween day was grey, chilly, and smelled of wood and leaves. aunt glenda and i shopped for colorful tights and explored macy's on 34th street. it's the world's largest store and covers one whole city block. it even has the original wooden escalators.

halloween night was spent having dinner at pepolino and joining 60,000 of our closest friends at the parade in the east village. it was chaos, it was crazy, it was another glorious part of the new york experience.
i wonder if it was a small preview of new year's?
the costumes were funny (shrek and fiona), creative (actual chileans dressed as coal miners, complete with fenix rescue chamber) , and gross (fake blood).

the empire state building was orange.

and the pedicabs were bats and butterflies.

this city gets it right every time. 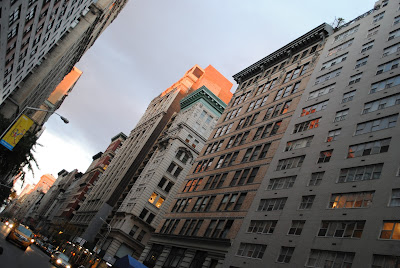 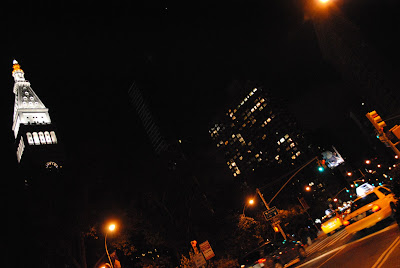 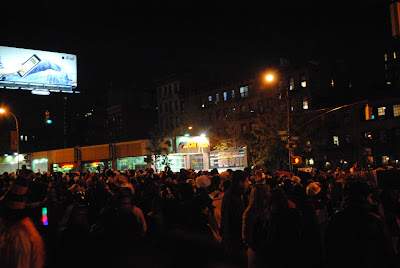 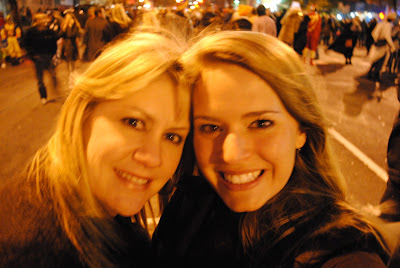 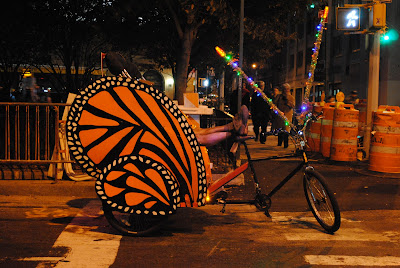 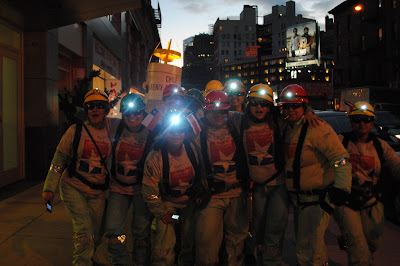 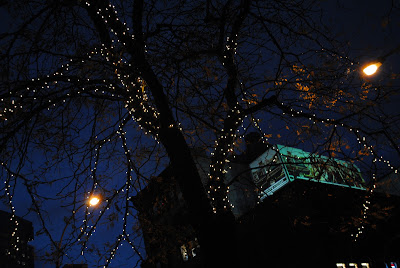 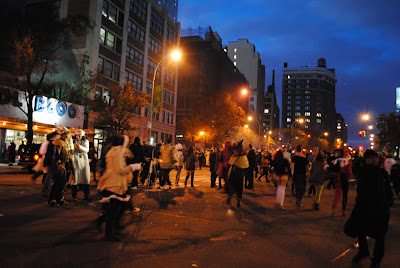 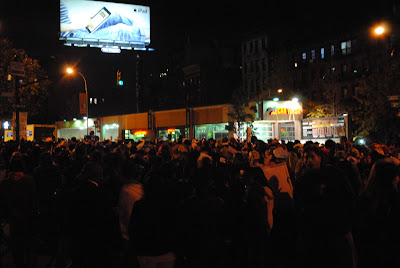 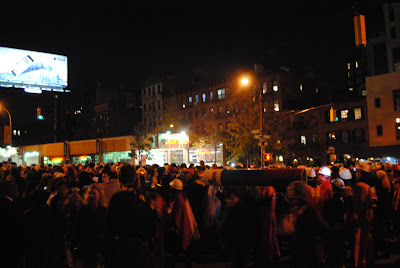 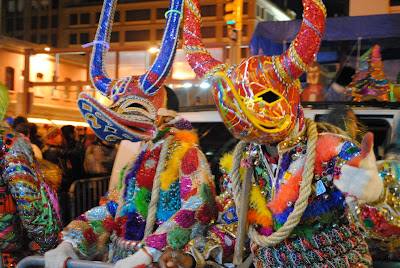 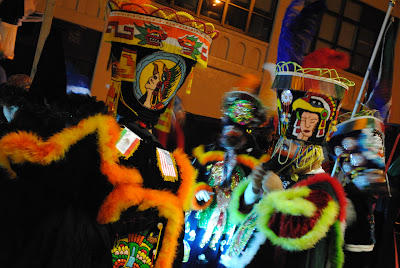 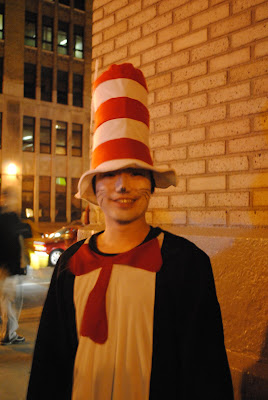 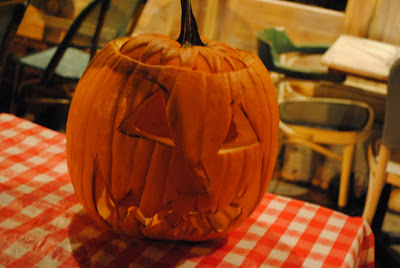 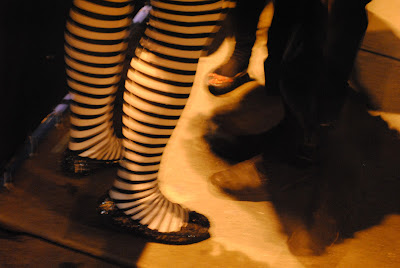 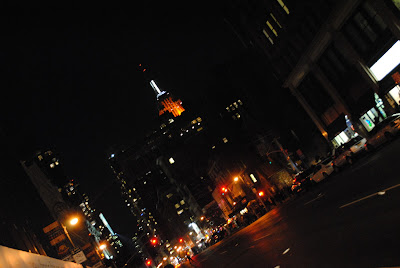 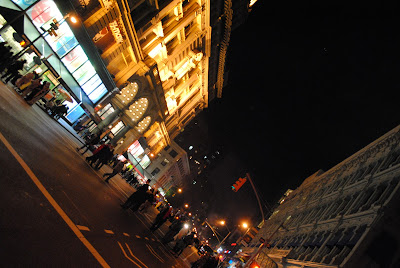 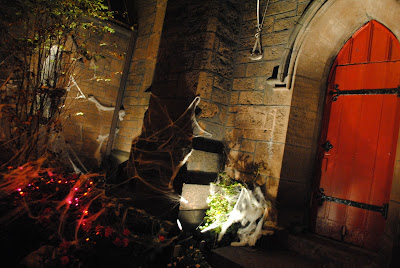 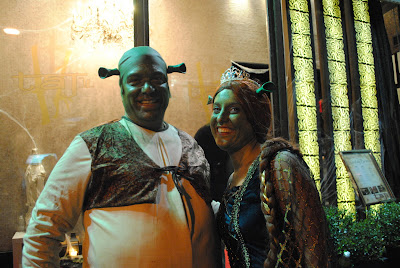 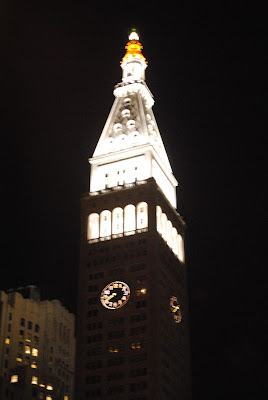 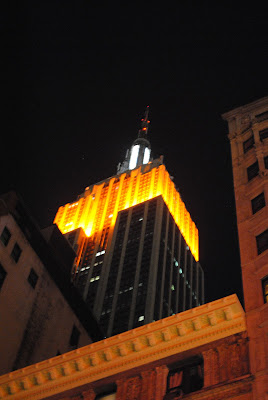